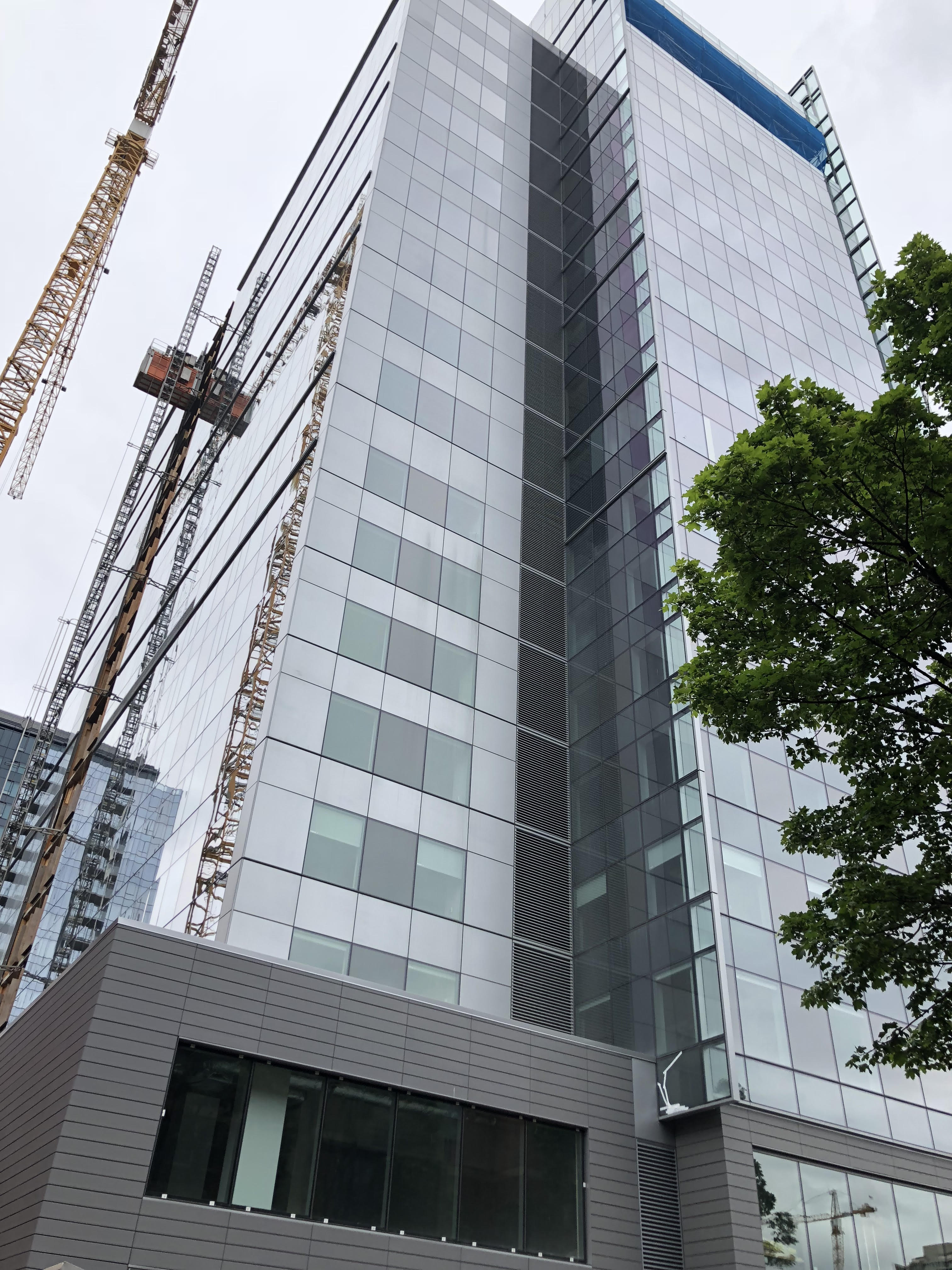 The 19-story Broadway Tower will integrate a Radisson RED hotel, restaurant, lounge and prominent retail space with speculative office space. Its presence and crystalline form will be an outstanding addition to Portland’s ever-developing skyline.

The building’s form stems from strong contextual responses to the unique site and the contemporary statement the tower will have along Broadway. The mass of the building steps back to address the residential neighborhood of the Park Blocks, while the cantilevering curtainwall façade presents itself along Broadway with an articulated glazing pattern reminiscent of the vibrant nature of downtown.

The entrances of the hotel and office are blended through a grand, shared two-story lobby with a prominent canopy along Broadway that reinforces the spectacular history of the Broadway Theater District. The building will provide parking for 210 cars and 130 bicycles.

Construction began June of 2016 with an expected completion date of Fall 2018.